The Man Who Taught Me to Let Go 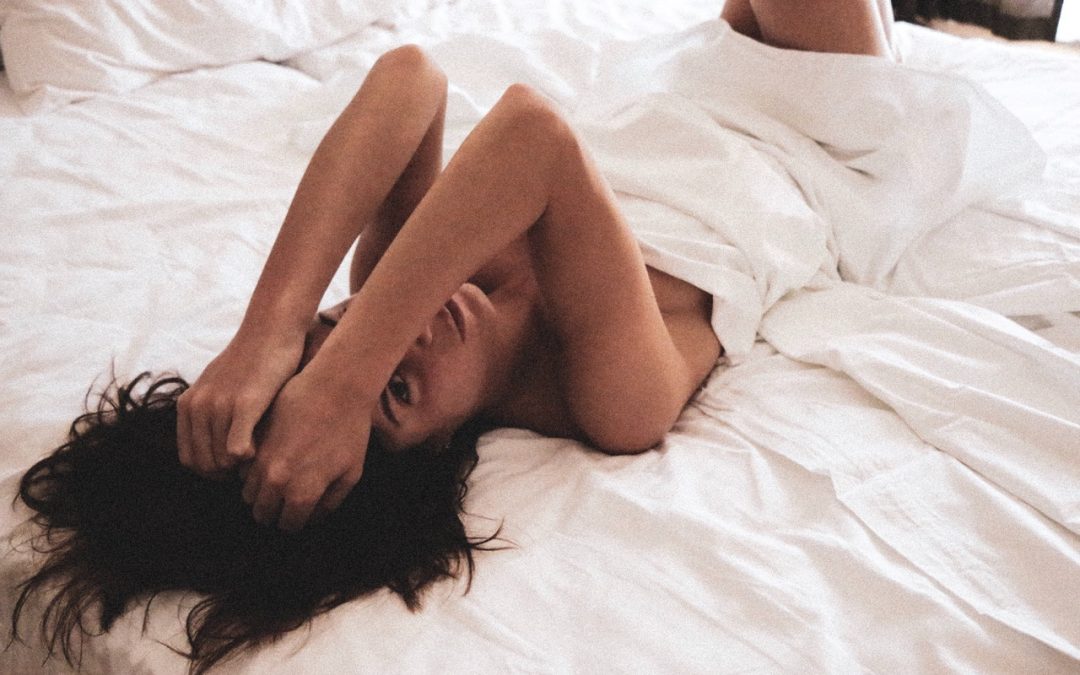 I met him through a mutual friend. I hadn’t slept with another man in 15 years. Maybe it was 16.

I can’t remember precisely the last time I slept with someone other than my husband because I had been married for so long, I lost count. It had been a long time since I allowed another man to touch me intimately, or even let myself think about the possibility of anyone else.

15 or 16 years is a long time to sleep with only one person.

I was going through a horrible divorce at the time. I wasn’t looking for anything.

I wanted him immediately, though. Right there. Not the first time we met. The first time I met him, it was with a group of people, I didn’t think twice about him afterward.

But then, the second time I met him when it was just the two of us, I couldn’t stop thinking about him afterward.

We were alone in a room together. I was immediately struck by our instant chemistry, the feeling of familiarity, the way I softened in his presence.

It was only a matter of time before we would be intimate. I told myself, stop seeing him, don’t pursue this, it’s not a good time.

My life is a mess.

I couldn’t hide my want for him though. For long anyway. I tried. I was quiet and thought I was keeping my cards held close. It worked for a while, but not really, my timidity only confused him. I’m a shy and reserved person anyway, but when I was near him, not only was I shy and reserved, I was just plain weird too.

He wanted me also. He told me he liked me immediately. Which was surprising to me considering all my weirdness on full display.

He gave me my first G-spot orgasm. The second time we have sex.

I didn’t know what it was. Neither did he at first.

When it happened, I only knew that it felt like what I imagine heroin would feel like the first time.

Like an ocean of calmness washing over my body; intense waves of warmth and peace flooding into my entire being, transporting me away from consciousness. It was the most intense feeling I had ever felt. Like it wasn’t me there. I was only my body. My mind was no longer a thing, like I had been lifted to another dimension that didn’t allow for thought to exist. For a few ecstatic seconds, everything disappears and falls away except for a rush of warmth melting over me, making my body feel heavy, warm, and calm.

We didn’t know what happened, except that the sheets were drenched.

We thought it was an accident, not wetness from a G-spot orgasm, but from some another bodily fluid. He stared deep into my eyes, he wouldn’t look away, no could I. I would have looked anywhere else had it been any other man, but he held me so intently in his gaze I didn’t want to look anywhere else except back at him.

I was utterly me at that moment, in the most naked sense a person can be — stripped of all pretense. Raw. In front of another soul being raw and totally fine and comfortable with that vulnerability.

He was still inside of me, my body now numb with pleasure, he shrugged and in the kindest most non-judgmental deep whisper said, “It happens.”

A sly accepting smile on his face, he was not done satisfying me just yet. He was so in tune with my body; my voice was not required to clue him in, he had all he needed to read me, my body, his manual.

He sensed every move I desired from him in the micro-movements my hips made, the rhythm of my breath and the chills that kept appearing down my back; all instructing him to give me what I craved from his hands and pelvis.

I didn’t know him at all.

The only thing I knew from our second meeting was I craved him physically, a need, based purely on the feeling his presence aroused in my body. I still want him. This was the first time I gave myself so quickly to someone I barely knew. The first time it wasn’t a husband or a boyfriend or a friend.

He taught me how to have sex, in a way that wasn’t just satisfying for him but was for me as well. Every single time we had sex, I was completely satisfied, unlike so many of the other fumblings with men who left me wanting and unfulfilled and sometimes feeling empty. He taught me about my body, and exactly how much it is capable of and how to let go.

I don’t know what it is about him.

I’m not old, but I’m certainly not considered young — I have lived a bit. There have only been two men I’ve met who immediately knocked down my walls, blasting them away brick by brick, allowing me to feel safe in exposing my vulnerability; seeing me for who I am and loving me anyway — without having to put in much effort into loving me.

How lucky I am. I don’t stand a chance against kismet or to deny a connection with a kindred soul I have an affinity for.