When You Want Your Dad to Be There 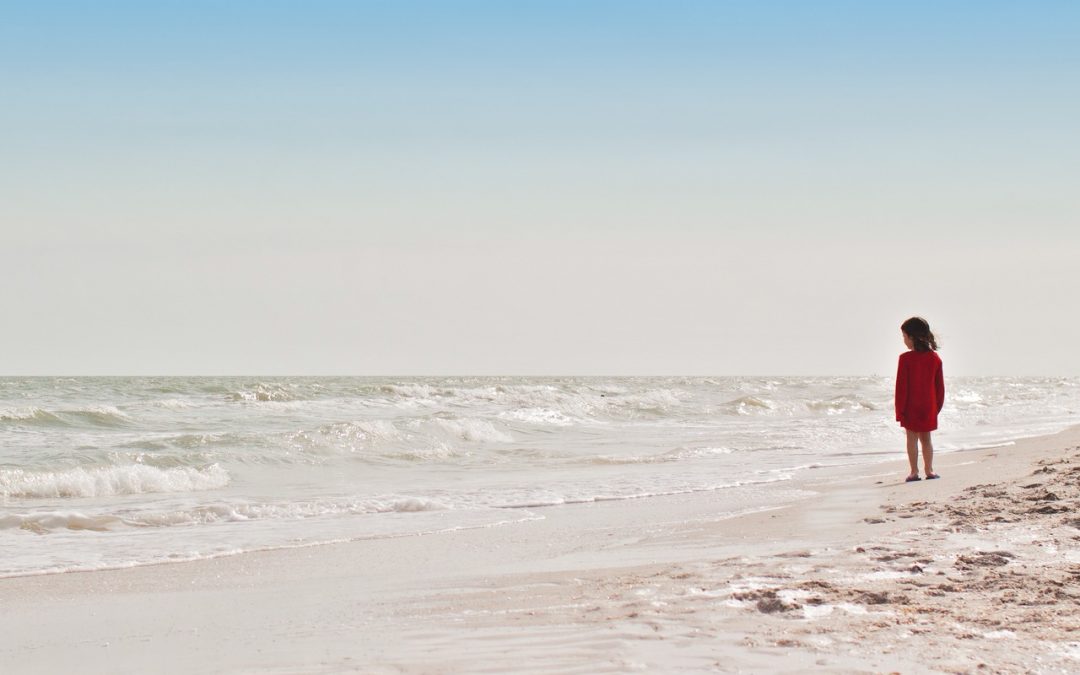 It was a hard phone call to make.

I had told my mother, a close friend or two, but it was in telling my father that my ten-year marriage was unraveling, and fast, I found the most…discomfort.

I’m a grown woman with a child for Christ’s sake, and I was putting off telling him like most people put off their first colonoscopy.

Had we been closer, it wouldn’t be such a big deal.

It wasn’t like my dad was married just once, or even only twice. He was on his third marriage.

And yet, I knew, he would bring a heap of unsolicited judgment and criticism to my failure. And if I’m being totally honest, I still didn’t want to…disappoint him.

I just found out my husband is having an affair. To add insult to injury, he chose a woman who is the mother of three children who attend the same school as my daughter. My emotional bandwidth for men mistreating me is at an all-time low.

To say my emotional state is tender would be a gross underestimation.

I feel like I’m ten-years-old again. I’m in a helpless situation, powerless to stop the huge life change mounting and headed in my direction, like an avalanche, dealing with emotions so large — while handling the emotional needs of a small child — they are outside the bounds of my ability to cope.

I don’t want judgment or advice. I want someone to take care of my child for a few days, hug me, and allow me time to cry and eat ice cream in bed while binging bad television. And let me have the emotional breakdown I deserve.

I want someone to tell me it’s going to be OK.

You are going to be OK.

Knowing my father, he wasn’t going to rise to the occasion and be here for me like I needed.

Our strained relationship had only widened after his divorce from my mother. My father’s reaction to my mother leaving him was to become a born again Christian. Not an empathetic one — a very disapproving one — which made the disconnection between us insurmountable and only allowed more room for misunderstanding and division.

I am his heathen daughter.

And now after his second divorce, his new faith dictates that divorce is considered a sin.

How convenient for him.

My divorce was happening. Not by choice.

My dad would find out about my sin, sooner or later. Maybe I will leave it up to one of my four siblings to tell him; they can’t ever keep my confidences. He will find out eventually.

I decided to put my big-girl pants on and tell him.

I was correct in predicting his criticisms and judgments of how I choose to live my life. And his reaction was typical for most fathers, even fathers whose children are grown: he tried to fix it.

He tried to save my decade long marriage from the apocalypse of divorce. He wanted to fix it with Bible verses and pamphlets and his conservative Christian counseling.

He tried to fix it with the New Testament.

My father is ultra-conservative, the Rush Limbaugh-Fox News loving-sanctimonious kind, doctrines that, many times, go hand in hand with finding religion after a certain age.

His new religious lifestyle born out of the necessity of surviving his own divorce, from my mother — not by his choice — a woman he was deeply in love with, but not great at loving.

I’m the first one of my parent’s five children to follow in their footsteps by way of divorce. My sister would soon follow my lead, and then my little brother. Falling like dominoes away from the ability to sustain a healthy marriage.

With two divorces under his belt, I wasn’t sure I should be taking advice from him about mending my marriage, or his suggestions on how to stay with someone long term.

He wasn’t giving advice anyway, he was preaching. Five minutes in, I turned a deaf ear.

If he had shared with me the mistakes he had made with my mom, I may have listened.

His advice came from scripture, the word of God. A god I don’t believe in. “Stay together because the Bible says so,” and “stay together for your daughter’s sake,” and “divorce is a sin, an abomination,” and of course, “forgive and forget.”

I never bought into it, ever.

When my mom dragged us to church and catechism, I went because I had no choice. (My dad never went with us except on Christmas Eve.) I thought it was ridiculous, and the people were cult-like to me. The stories read to us from the Bible were lovely — but realistic, no way.

I’m left of left-leaning politically and socially liberal. If you want to boil me down to a stereotype like I just did to my dad, I’m a liberal-Obama loving-farmer’s market shopping-NPR listening, white woman of privilege.

Until recently, I believed in marriage. Now, I’m not so sure.

I grew up in an upper-middle-class family on the east coast, went to private schools my conservative father paid for. This doesn’t mean I’m immune to pain or haven’t had a tough day in my life. I have had them, many, in fact. My childhood was ideal by most standards, and less than ideal by some.

My divorce is not the greatest pain I have suffered, but just one of many in a life lived. No one, from any walk of life, gets through unscathed or escapes without pain.

If you have truly loved and lost someone, you know this is true.

I’m the only one of my father’s children who has had 20 years of therapy — not continually — but on and off. I’m still not sure if therapy is all that helpful; certainly, it hasn’t been more useful to me than say, writing has.

My husband and I went to several therapists, both together and on our own, before, during and after he had an affair.

Not one therapist told us staying together for the sake of our child is healthy for her. Statistics show divorce is far healthier for children than witnessing their parent’s in an unhappy and unfulfilling marriage.

My father’s words “Are you sure?” and “Can’t you forgive him? Can’t you find a way to stay together, you have a child after all,” and “The Bible says divorce is wrong,” weren’t ringing true to me.

His third wife told me to, “Put on some lipstick,” like this advice would prevent my husband from straying again. Like I should want to keep someone who has lied to me repeatedly, and lipstick applied to my lips every day would be the magic bullet to make him want to stay, and start treating me how I deserve to be treated.

I have a drawer full of lipsticks; it didn’t prevent him from being the asshole he is.

The most important thing to consider is my daughter.

What she witnesses me accept in the most important relationship I have with another human being. The behavior I allow for myself from the man I married and have children with, will be the bar she sets when she chooses a mate as an adult, or for that matter, the friends she decides to spend her time with.

I want my daughter to see me in an intimate relationship with someone who respects me, someone who always tells me the truth no matter how hard that truth is to hear, a man who can be honest with himself.

I don’t want to be married to this person. I don’t like him anymore or trust him anymore, after 15 years together.

I tried forgiving and even gave him a second chance and a third, only to be lied to again and again.

Now that I have forgiven him for good, I want out. Even if the Bible tells me it’s wrong to do so.

After four hours of listening to my father’s sermons on marriage and his religious counseling to stick it out for the sake of my daughter, I told my father that my husband had also been screwing the IRS, and had not paid his income taxes for two and a half years.

Not only is my father a born again Christian but he is also an accountant with his own practice.

And just like that my father stopped preaching from the Bible, his religion outmatched by his financial common sense.

When he heard how much money my husband owes in back income taxes, he immediately said,“You need to divorce him as soon as possible, and make sure you file for divorce before the next tax year.”

His born again Christianity eclipsed by his capacity to love me, even if that love came in the form of wanting me to be financially OK.